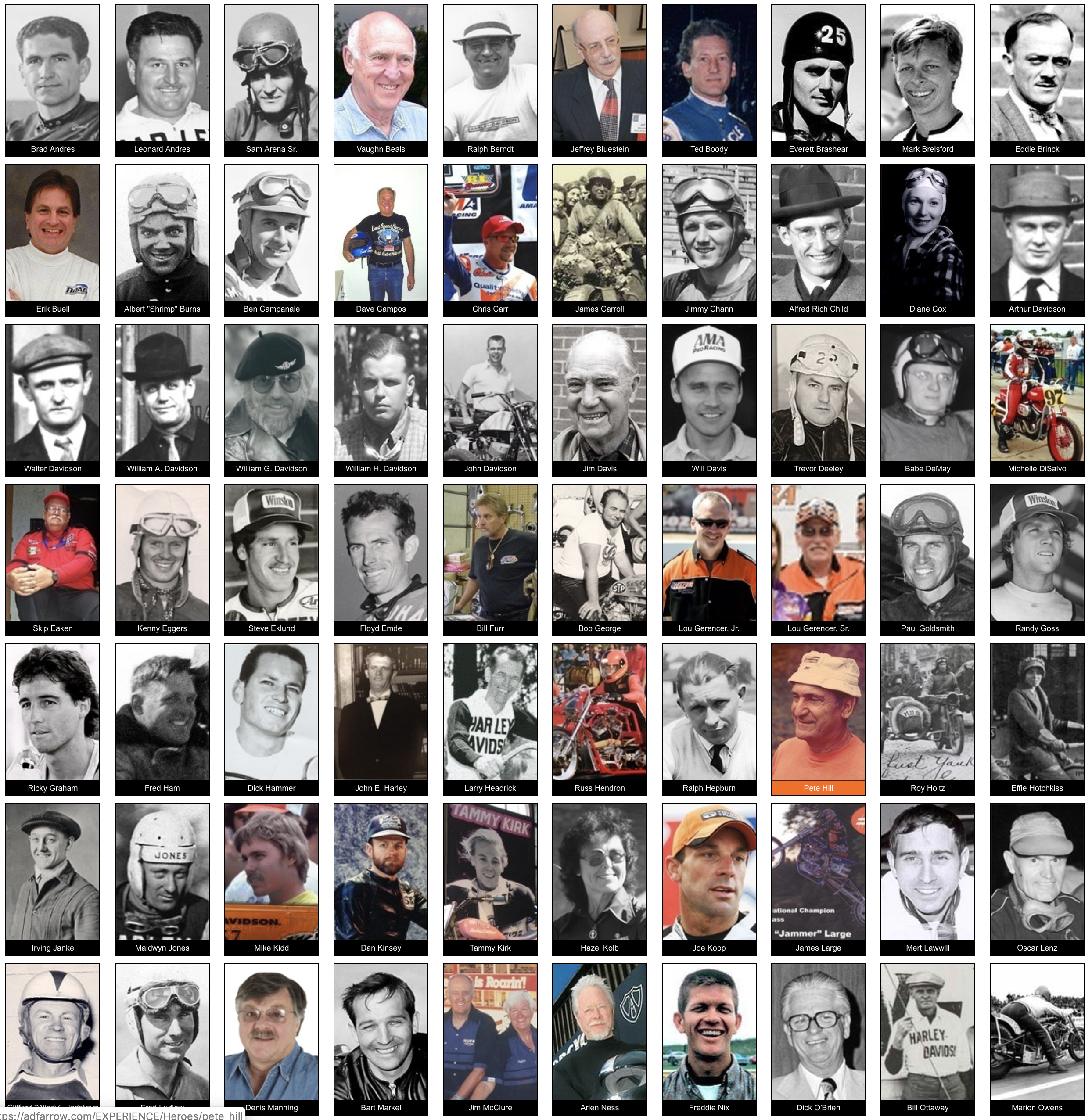 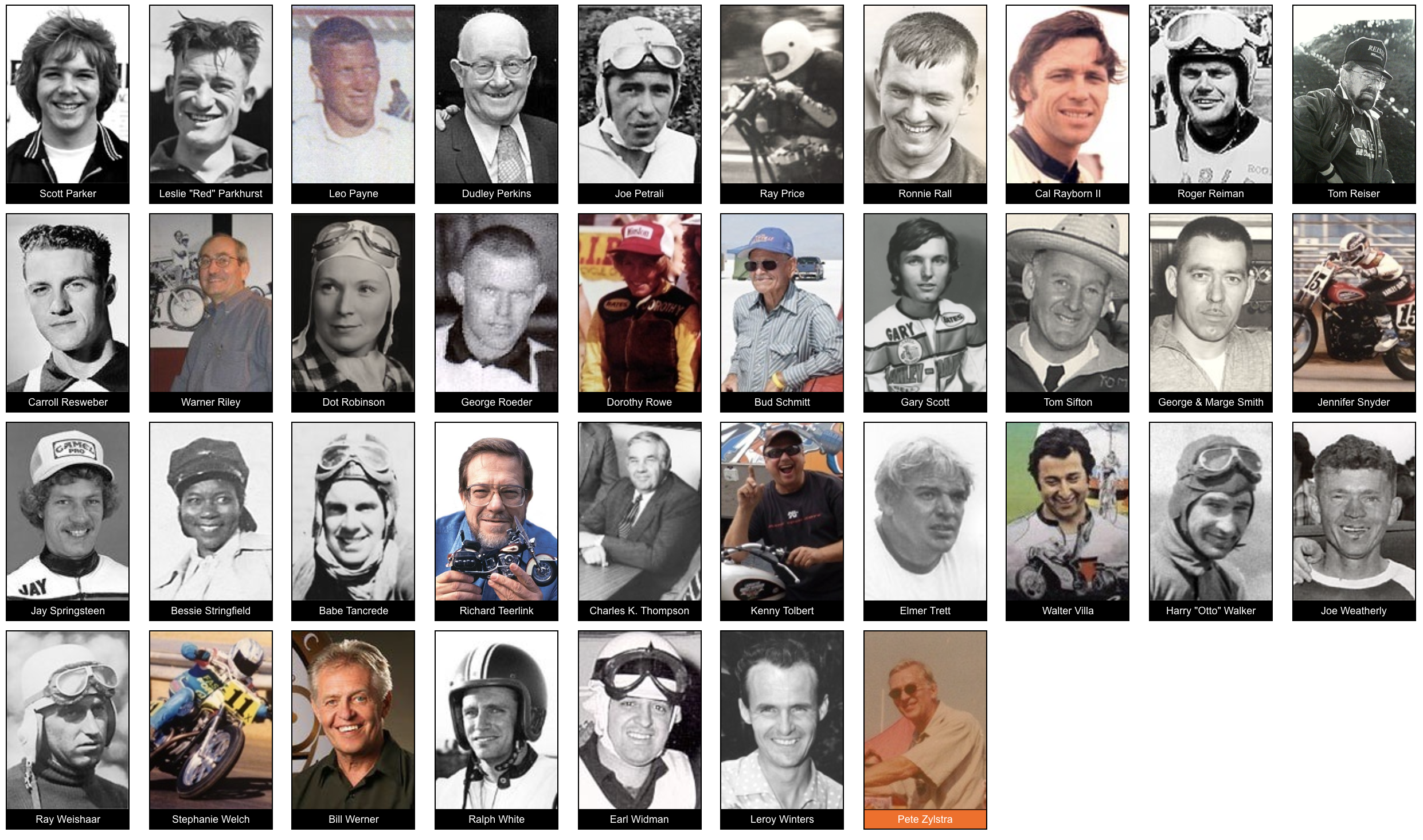 At Around the time of Harley-Davidsons 100th Anniversary, The AMA Hall of Fame Museum Mounted a two-year exhibition that paid homage to men and women who have contributed greatly to the legend and lore of our storied brand.

Knowing as I did that that the AMA would eventually move onto other themes and other brands, I began to plead with officials at the AMA to allow our dealership to acquire the exhibit.

We felt (and feel) that the Heroes needed to live on and that we could be instrumental. After long negotiations (and a substantial six-figure investment) we were successful at bringing the Heroes of Harley to A.D. Farrow Co.

While the physical exhibit was over 8,000 square feet and we, as yet, have no physical space to display it we have put together an online presence that will allow us to tell the stories of the Heroes.

In time we hope others will contribute information, photos or any other memorabilia that they might so as to allow us to more faithfully be the stewards of the Heroes.

In time we expect that additional Heroes will be identified and others will be added to these distinguished ranks If you have any to add please feel free to contact me.

In the meantime, enjoy. History is being made every day at A.D Farrow Co. and all around this worldwide family of riders.